Although Shadrach, Meshach and Abednego had been taken captive to live in Babylon, they refused to allow their souls to be taken captive by Babylonian culture.

How easy it would have been to conform in order to fit in, to eventually consider the God of Israel to be irrelevant among the many pagan gods the Babylonians worshipped. And yet, these three young men refused to buy into the Babylonian cultural standards that would compromise their devotion to the one true God. They chose to consistently honor God no matter what. They worked hard, treated others with kindness and respect, and served with integrity, making the best of the situation they were in. Eventually they were promoted to prominent positions of government leadership.

And that is when they found themselves the targets of professional jealousy.

Have you ever been in a similar situation, on the receiving end of jealousy? What happened?

Have you ever found yourself struggling with envy? How did it feel?

Envy is a sinister thing that can subtly creep into your spirit and spread like a cancer. If you ever find that happening, even the tiniest bit, run to God for refuge, asking him to help you rid yourself of envy and heal your heart.

These three young men were being put to the test without the support of Daniel, who had been a leader to them. Friendships are powerful, but we will never know and experience the full power of God in our own lives if our courage is all wrapped up in somebody else.

What are some of the things you have strong convictions about? Have you ever been in a situation when you acted or spoke up regarding those convictions, exposing yourself to risk? Explain.

Are there times when you’ve struggled with wavering convictions? Explain.

What about when God doesn’t intervene in the sense of a physical, earthly rescue? Knowing he doesn’t always do that, why should you stand confidently in your convictions with commitment to the Lord?

As believers we can trust that God will walk with us.

Mike noted that Daniel 3:27 tells us: “…nor had even the smell of smoke clung to them. God can bring us through the “fires” we face and write a new story with our lives.

Do you have a similar story to share, of your own experience or of someone you know?

What are some things you need to remind yourself are true about God in order to take on the things he asks you to do?

What is God calling you to do right now that makes you nervous?

How can we as a group stand together to encourage each other in what God has told us to do?

Have each person share their prayer requests. Ask someone to type them up and share the list with the group. This week spend time daily praying for God’s strength to do the things each of you feel God is calling you to do. 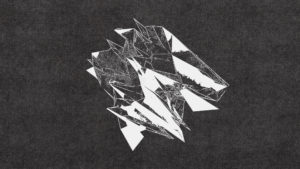