An Unlikely Road to Fatherhood

Jazmin and I had been dating for about a year and a half when we knew that marriage was in our future. I didn’t have kids, so I knew that her two daughters Ana(10) and Kalila(7), would be a HUGE responsibility.  It was time to express my love and intentions for Jazmin and her two beautiful girls. The four of us had spent so much time together, laughing, playing, crying, and praying… I just knew I couldn’t go on without them. I felt that asking the girls for permission to marry their mommy was a must, and Jazmin agreed. I would do it that week after dinner at their apartment.

Dinner has always been fun for us, so when the day came for me to ask The Big Question, it was a real struggle for me to sit down to our meal and not look distracted. Even while we were talking, laughing and eating, the only conversation I could hear was in my head. “What if they say no? Am I ready for this? Does Jazmin really know what she’s getting herself into?”

During dessert, I paused, took a deep breath, and asked Ana and Kalila if they would let me marry their mom. I don’t remember ever hearing them actually say the word “yes”, but their screaming with excitement told me I was pretty much in. They were so happy, and my heart felt so full! In my own excitement, I added, “It’s because I want us to be a family now!” At that moment, the wedding planning began! Ana and Kalila would be bridesmaids, throw the flowers, and on and on.

Ana, the oldest, continued in “wedding planner mode.” By now she’d moved on to the colors for the dresses. But I noticed that Kalila became quiet. She looked down at her plate and seemed very confused. I leaned in towards her and asked, “What’s wrong, honey?” By then, the table quieted down, and we were all focused on her. I remember feeling sick. She was going to say that she changed her mind. That she didn’t want me as a dad. I wasn’t prepared for rejection. What happened next changed my life. She looked up at me and said softly, “But I thought we already were a family?”

At that moment, my life began to change… completely. I started to realize that words like love, family, and commitment, are cemented into the heart of another, only when it’s so obvious by your actions that there can be no mistaking it.

Don’t get me wrong. I’m not saying that I pull this off every day with my family. I’ve had my share of cementing in the wrong attitude at the worst time possible. But here’s where another privilege of being a father comes in. It’s when Dad uses words like, “I was wrong… I’m sorry…I made a mistake…” And my personal favorite, “…Please forgive me.” God will strategically use those opportunities to repair the damage I’ve done while trying to be the perfect Dad.

Eight years later, we’re still laughing, playing, crying and praying. And at the center of it all…is Jesus.

MESSAGE TITLE Student Takeover Weekend sermon guide It is important for each generation to teach the next generation about the greatness, the power, the mighty wonders of God and of 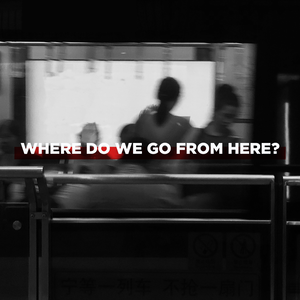 Where Do We Go From Here

Living In the Age of Rage Week 3: Healing the Divided States of America

MESSAGE TITLE The Separation of Church and Hate sermon guide Currently we could be called “The Divided States of America,” for instead of uniting to solve our current challenges, we