Isabel shares how going beyond borders to kenya changed her life.

Over the last few months, we’ve been highlighting different missionaries around the world, and now we’re turning the camera on an Eastsider who decided to go beyond borders. Isabel Chavez, went to Kenya in 2017 and it literally changed her life. She decided to take a leap of faith and trust God and travel to Turkana after hearing Gene share about global compassion trips. As a stay-at-home mom of two and a half-year-old twins at the time, she wasn’t sure why God called her, or put it on her heart to go and serve in Africa. She’s didn’t have a medical or construction background but she is artistic. So she went and purchased 20 blank coffee mugs, and decided to hand-letter seven designs on them. Within six weeks, she had fully fundraised for her trip to Turkana with the help of friends and family.

She saw God continue to use her as a vessel throughout the mission trip. During her time in Turkana, she brought a watercolor set, a watercolor paintbrush set, and she journaled each day after she served. And that took a life of its own as she wrote and illustrated a children’s book, called Keep Calm and Carry On to Jesus. And it’s actually published and distributed in all of the MOHI schools.

It’s such an amazing story, to hear how Isabel used her creativity for God’s glory. Isn’t it amazing to see how obeying God led to an amazing experience in Kenya. The decision can be scary but Isabel’s story reminds each of us to take that leap of faith and let God reveal his plans to you. Don’t be discouraged if you think you may not have anything to offer, because really God has given each of us an ability to touch each other and make an impact on someone else’s life. And these same hands that paint also packed mud walls together for a single mom’s home in Turkana. And you could even pray over people in need too. So her point is anything is possible if you are willing to trust in God. 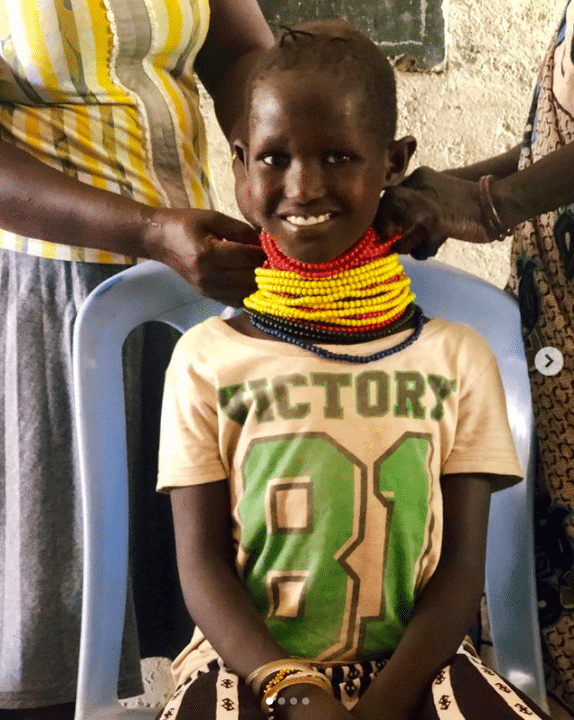 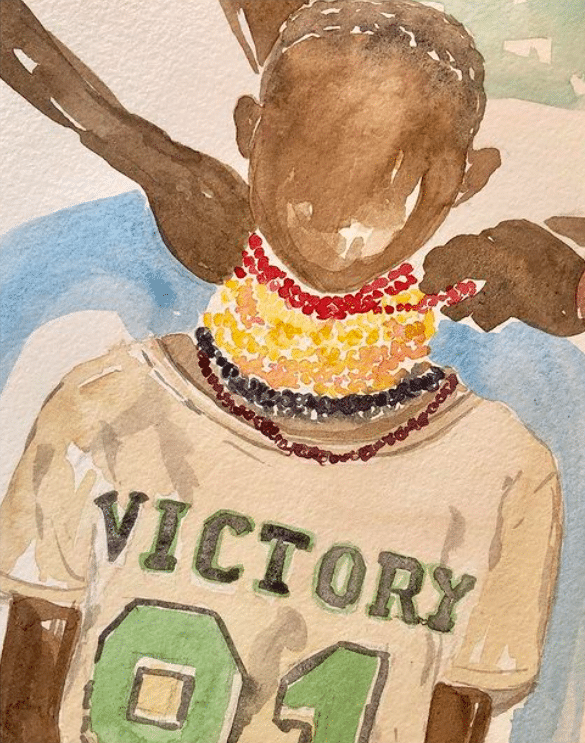 When Isabel returned she found herself watercoloring one of her favorite moments from the mission trip.  Here’s the amazing story that goes along with it.

A group had visited this little girl’s home while sharing the gospel in her community. Atiir being seven years old was already betrothed for exchange of food and goats. The colorful beaded necklace signifies this arrangement and is unfortunately culturally common in this part of the world…especially when drought plagues the country. Since she has not reached puberty, her family still keeps her home until she is able to bear children.

The team quickly gathers that her aunts and grandmother (her parents are no longer present) would rather send Atiir to school than go through with the marriage. They have seen the positive changes in the community and value of children sent to school through MoHI. Their only obstacle was the school fees needed to send Atiir to school. A sweet couple from our church quickly offered to sponsor this child and we soon found ourselves watching each strand broken and being unravelled around this girls neck. Breaking those beads broke cultural norms and opened new doors for this young child. Her life has such a different trajectory with MoHI. I hope these social workers continues to search for children like Atiir in their community. They’ve done remarkable work as I interacted with many children during my visit. Sharp, bright, kind, and God led little ones ready to take on and change the world.

If you have considered sponsoring a child, know you could make a world of a difference…just like Atiir’s story. To learn more about child sponsorships click on the button below.