Danny’s been an Eastsider for about five years now, and from the day he called Eastside home he knew he had to get involved; never wanting to be a “pew warmer”, as he calls it.  At the first opportunity, he signed up to travel down to Rosarito with the Global Compassion team to serve at the City of Refuge Orphanage.

With 30 years of construction experience under his tool belt (pun intended), Danny began helping with various projects around the orphanage grounds.  However, when he realized a more efficient and accurate way to complete a certain project, he brought it to Arty’s attention, (Eastside’s Director of Global Compassion) and was asked to head it up completely.  He agreed, and his involvement took off from there.

Danny became the Project Manager, leading teams and undertakings at the beloved orphanage which enabled the leaders of these trips–Arty Vangaloof and Jeff Swaney, to focus their giftings on the needs of the orphanage as a whole.  Soon a “pro-team” was formed, composed of 20-25 incredibly talented and skilled men each with a heart of compassion for serving the staff and kids down in Mexico. “There’s really nothing this team can’t do!”, Danny exclaimed.

Six to eight times a year, a handful of men from this pro-team respond to any pressing needs that arise at the orphanage, with Danny heading up the team each and every expedition. Since his first in 2012, there isn’t one Eastside trip to Mexico that Danny hasn’t been a part of–it’s now his personal obligation as he says, “I can’t imagine taking a hot shower up here while I know the kids down there have a broken pipe”.

This ministry has become his passion, the calendar dates of these trips are what dictate his family’s plans each year.  “Through these constant trips I’ve become friends with the staff, I have special kids, etc. I even got to take my small group down–12 people all together.  All 12 had the time of their life, and at breakfast they said we need to do more, what can we do?”

Danny is a catalyst, creating ripples of interest that lead to waves of change, all because he chose to use his existing giftings–to which God then formed into his heart’s passion. This retired contractor chose to use the skills he had acquired over a career of lessons for the furthering of the kingdom, and the kingdom has certainly come to Rosarito. We each have been fitted with gifts such as this, whether or not we recognize them fully.

If you have a passion or interest for helping at the City of Refuge, visit eastside.com/serveglobally. 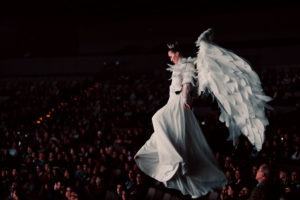 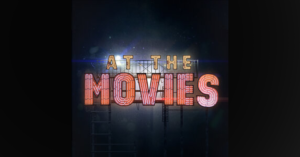