It is important for each generation to teach the next generation about the greatness, the power, the mighty wonders of God and of his love for us.

This week three people from our Next Gen community have told us how they are experiencing this and what it has meant to them.

First, Evan, a 7th grader told his story. He lives with his mother and grandmother, all of whom have been involved at Eastside since Evan was six. It was while attending summertime church camps that Evan has been inspired to make milestone decisions in his faith journey. Evan spoke of his small group leader there helping him get through some difficult times.

Evan suggested to those who might be feeling isolated or helpless, take this verse to heart and:

Grace, a 16-year-old high school student, and her grandmother Andi shared the struggles and challenges they have been facing. Grace described the disappointment she had felt in seeing all the work she and her classmates had put into school activities, classes, and sports disappear because of the coronavirus pandemic. Andi has been fighting cancer since last October and suffered the loss of her husband prior to that.

Andi shared that through it all because of her relationship with Christ, she never felt alone. She said, “God has been so good to me,” and referred to a favorite worship song. Grace described how her grandmother has influenced her by being an inspiring role model.

Share with the group about someone you know that has modeled living a faith-filled life in the midst of trials. How did they inspire you?

What worship songs encourage you in hard times?

Victoria, a young adult, talked about her family challenges and the hurtful actions of classmates during her high school years. She spoke of God restoring her. He restored her outlook on hope, on love, on him, and brought people into her life who poured into her and believed in her.

What area of your life are you asking God to restore?

The verses we started with in Psalm 78 were written to remind Israel, and us, to passionately tell the story of God’s deliverance and faithfulness to generation after generation. God designed this to happen primarily through the family, with fathers and mothers taking every opportunity to teach their children the mighty works of God.

What steps are you currently taking to “tell a future generation the praises of the Lord, his might, and the wonderful works he has performed”?

If applicable, describe a time within your own family that you have seen this type of generational-faith heritage, where the good news of God was shared, and children said yes to Jesus.

Raising a generation that will “set their hope in God” (Ps. 78:7) requires much more than just a commitment to love our children. It is more a marathon than a sprint. With the benefit of time we can learn together.

Scott Rubin left us with three challenges to consider this week.

1. Will you pray for a specific teenager this week and consider taking a step, such as checking in with them, this week?

2. Consider inviting a student to check out our student ministries.

3. Consider checking out a serving role at Eastside Next Gen.

Have each person share their prayer requests. Ask someone to type them up and share the list with the group. This week spend time daily praying for your group.

Share who you are going to pray for this week.

Talk about where God might be calling you to be a light in the lives of young people, at Eastside or elsewhere. 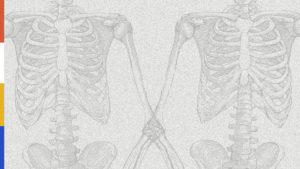 MESSAGE TITLE Stress Fractures weekend in review An athlete can always tell if something is not quite right inside. There is no glaring injury, but they can still feel the 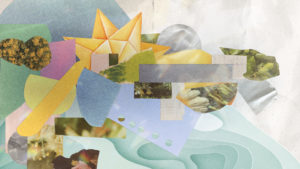 MESSAGE TITLE Easter: A Step Toward Hope weekend in review This weekend we celebrate Easter. Gene used a bridge to illustrate that God has built a bridge to reach out 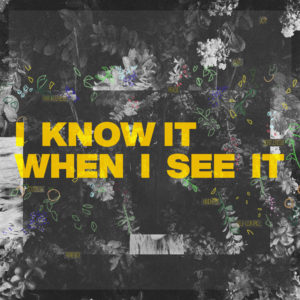 I know It When I See It Week 4: Faithfulness

sermon series I know It When I See It  Sermon title Faithfulness Weekend in review There are certain things you can try to define, describe, or explain. You can use