About six years ago, Dani had severe pain in her jaw. She saw seven different dentists and three doctors, yet they all misdiagnosed her. During this period she was just trying to cope, taking Tylenol, and continued to work as an RN. Finally, after many months with no answer, she went to a new dentist who referred her to get a biopsy. Two days later he had her come back to the office for the news no one wants to hear – she had stage four cancer.

He put up the panoramic view, and he was very upset, barely able to explain the diagnosis. While the dentist was giving this horrible news, Dani felt a presence behind her and turned to see Dr. Alley and his wife Shari there to pray with her.

Dr. Alley is a different dentist, whom Dani knows from Eastside. They’d found out about her diagnosis and rushed over to pray with her. In that moment Dani decided to not have them discuss her odds or percentage of surviving! Wondering what could be harder than hearing this diagnosis?

The more painful part for Dani was when she had to share the news with her husband Guy. It was a crushing time in their lives. There are no words to describe the terror.  Immediately Guy began to feel guilt. Guy and Danie were both in the medical field and felt “they should’ve known better.” Why hadn’t they considered cancer?

As Dani prepared for surgery, doctors warned that they weren’t sure how far the cancer had spread. The surgery ended up lasting over 14 hours, and they removed a massive tumor from her face.


Her miracle is a beautiful example of a story in the Bible found in Mark 4:35-41 about Jesus in a boat with his disciples. Guy and Dani’s story reminds us how your boat may get rocked, but if Jesus is in the boat with you, he will provide a stabilizing love 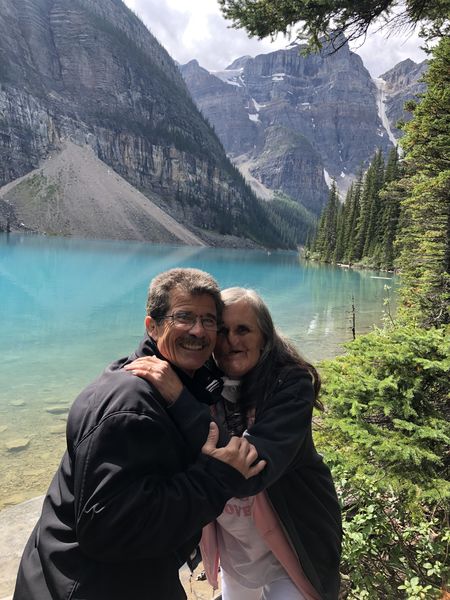 After the surgery Dani shared what it was like the first time she looked in the mirror. She felt like, “Who is that?” She experienced a major identity crisis. Dani shared that in high school she was a prom queen. She had taken pride in her looks, and she wondered how Guy may react. She admits she had been a vain woman but the LORD began to teach her what true beauty looks like. Then her loving husband Guy would say, “The Lord is giving me divine eyes to see you. You really are beautiful to me.”

As she began to heal physically she struggled to heal emotionally.  She faced the facts that she could either stay in bed, have a pity party and wallow in the unfairness of life, or go out and proclaim the love of God and the miracle it is that she was still alive. So that’s what she and Guy have chosen to do.

Her miracle is a beautiful example of a story in the Bible found in Mark 4:35-41 about Jesus in a boat with his disciples. Guy and Dani’s story reminds us how your boat may get rocked, but if Jesus is in the boat with you, he will provide a stabilizing love. The peace and purpose he provides helps us during the darkest nights and unknown trials. Even after all she has been through, Dani can confidently say her beauty and confidence come from within, with the power of Jesus in her life.

If you were inspired by this story, we would love to tell you more about Eastside. We have a relentless love and commitment for all to know God. We are committed to finding unique ways to serve in our local communities and help our global neighbors. We are passionate about finding solutions, building bridges, and bringing the love and hope of Jesus to hurting communities. We would love to invite you to join us in person or online. At Eastside we believe that this is a place for everyone, wherever you are on your journey. If you would like to find out more about Eastside, please visit eastside.com.

we'd love to answer your question