“I see souls and I love people, that’s all I do well,” claims Mark. This passionate Eastsider began serving in his home of Orange County upon returning from living abroad in Romania at age 24.

At age 21, Mark began engaging in global missions trips, eventually leading him to settle in Romania for a time.  With each excursion, he witnessed communities with pressing needs, learning more and more about the people he was meeting from all over the globe.  His compassion grew for these people, he rejoiced with them and felt their sorrow.

While in Romania, however, he sensed God’s call to return home and make his place of origin his mission field. Mark sees the people that tend to be overlooked and insists in having intentional conversations with them that incorporate the hope of Jesus.

This intentional living wasn’t always the path Mark saw his life taking, however.  Mark recounted that in his early youth his mother raised him and his sister with an understanding of how much they were loved by God. When she passed from breast cancer when Mark was 13, they were devastated.  His father remarried within the year and the woman that replaced their mother’s role was not anything like her.

Intense verbal abuse was the environment the family began to know, their father choosing to cope by means of taking on more work.  Mark did so by resorting to cutting himself, hoping it would help him deal with the new atmosphere of hate.

He was admitted to a mental hospital, something Mark now knows was a blessing as he was assigned a Christian psychologist who helped give him tools to cope with his new circumstance.  These tools lead him to choose to follow the foundation of God’s love and truth that had been instilled from a young age, despite the pain he had endured.

“I think I needed to go through all that to truly understand how to love,” Mark explained. “I saw what the enemy offered, and I didn’t want any part of it! God showed me compassion in the midst of it all.”

And in God’s love he is now certainly well-versed, starting Barber Shop Ministry, where he intentionally visits a new barber location for each haircut.  And Friendship Evangelism, a concept he coined to explain how he reaches people for Christ; in being their friend first.  “Be the Word,” he said, “kind, gentle, loving, before you present the Word.”

These normal errands are his ministry, and to extend the love that Jesus has shown him to the people he meets, is his mission. How incredible to think that this could be the mindset for all of us if we insist on love being our driving force. Mark is a Change Maker, one who simply seeks to touch the lives that his life touches, what a beautiful example of Jesus’ love! 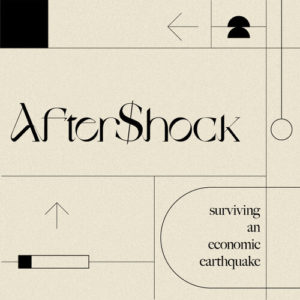 MESSAGE TITLE Aftershock Week 3: Preparation weekend in review You GIVE FIRST to get God involved in your finances by returning the tithe to him. You SAVE to give yourself

MESSAGE TITLE Aftershock Week 3: Prioritization weekend in review We wrap up our series this week, exploring our priorities and looking at the only way in scripture we are invited 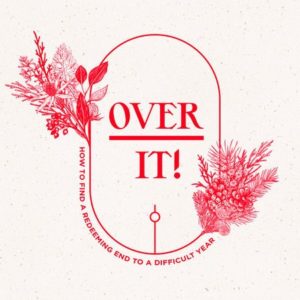 Over It Week 1: Joy Over Despair

MESSAGE TITLE Over It Week 1: Joy Over Dispair  weekend in review This week Mike Breaux shares how we can choose joy over despair because our true joy is based